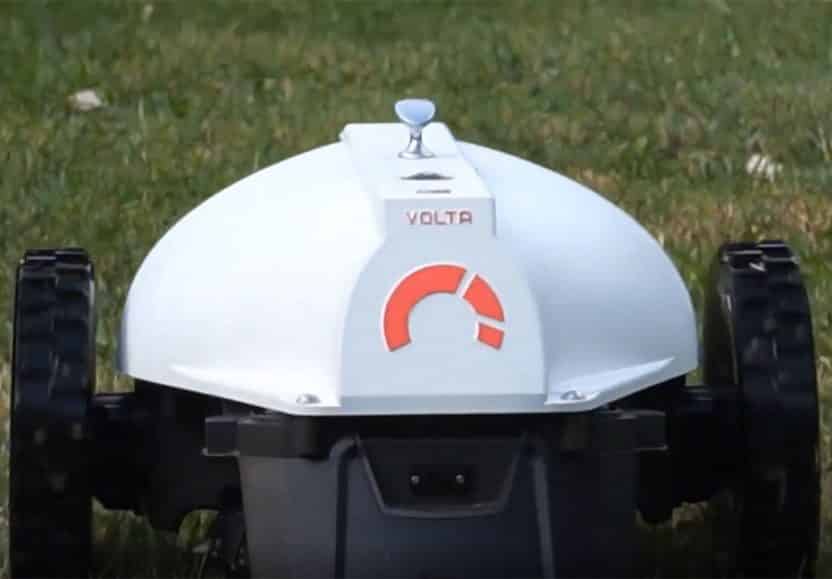 I’ve seen my first glimpse of the future of robot lawnmowers. The “Mora” is being developed by a new entrant in the robot lawnmower market, Volta, and promises to address many of the drawbacks of models currently on the market.

If you are looking for a robot lawnmower that is easy to set up, has no perimeter wire, and is much safer for children and pets than current models, then read on, as I explain why I am so excited about the Volta Mora.

Volta is an Italian company that specializes in integrating artificial intelligence into traditional home appliances. It has developed visual navigation A.I. to help machines navigate in a range of environments and they have applied their technology to perfecting the design and function of a truly revolutionary robot lawnmower.

Whilst we don’t have detailed specifications yet, the video below highlights the impressive performance of the Mora.

What Are The Main Problems With Current Robot Lawnmowers?

The robot lawnmower market is growing strongly year on year, but there are still many people who are deterred from making the switch from a conventional mower for a variety of reasons.

To highlight why I am so excited about the development and upcoming launch of the Volta Mora, it is important to know about the drawbacks of current robot lawnmowers, and then explain how Mora solves these issues.

The main problems with current robot lawnmowers are;

How The Volta Mora Robot Lawnmower Solves These Problems

I can’t tell you how excited I was to learn about the Volta Mora. It aims to address many of the issues with today’s robot lawnmowers as outlined above. Let’s discuss each problem in turn and learn about how Mora plans to solve them.

The Volta Mora robot lawnmower navigates and detects the edge of your lawn using direct vision and visual computing. This is in contrast to the vast majority of other robot lawnmowers on the market, which use a perimeter wire around the lawn to detect the edge of the grass.

I get contacted every week by people who are put off buying a robot lawnmower by the need to install perimeter wire. I also regularly hear from people who are having problems with wire breaks or faults.

With the Volta Mora, you just Drop&Mow™. No more spending hours installing the perimeter wire before using your robot lawnmower.

The Volta Mora simply uses its camera and onboard technology to see the edge of the lawn, cutting right up to the edge, before stopping and turning.

I’ve written previously about why current robot lawnmowers use perimeter wire. This article also discusses my thoughts on how the problem will be solved. The Volta Mora plans to use what I believe is the best solution to the problem.

Traditional robot lawnmowers are not good at avoiding small obstacles on your grass, often driving over them, rather than detecting them and stopping. This can lead to injury if the obstacle is a person’s foot or a small animal.

Robot lawnmowers are ideal for homes with one area of grass. With each additional section of grass, the installation and use of conventional robot mowers become more complicated. You need to install perimeter wire around each section, and you may need to lift the mower between sections and install additional charging stations.

I’ve lost count of how many people I’ve spoken to enthusiastically about robot lawnmowers before realising their garden layout is just impractical for one of the current models.

With the Volta Mora, it is simple to just move the Mora between sections of lawn effortlessly. In addition, the Mora has an easily swappable battery, so there is no need to send the mower back to the charging station before the entire lawn is cut.

The technology used in the Mora opens the door to it being used by landscaping or gardening companies as an efficient lawn management service. Imagine having a robot lawnmower left on your lawn for a few hours once per week and having your lawn neatly cut.

One Volta Mora could potentially cut the lawns of multiple customers per day, providing a very efficient and cost-effective solution for lawn maintenance.

Traditional robot lawnmowers use a variety of collision detection and avoidance technologies to either stop upon impact or prior to contact with an obstacle.

These work really well for large lawn obstacles like trees or garden furniture, but they are less reliable at detecting small items such as toys or hosepipe.

The video earlier in this article shows the Volta Mora having no problems with a range of small obstacles, such as hosepipe, dog toys, shoes and even towels, which lie completely flat on the grass.

I’m amazed by the ability of the Volta Mora to distinguish between genuine obstacles, and things such as leaves and small sticks, which I would fully expect a robot lawnmower to mow over.

Having seen additional footage of the Volta Mora in action and spoken to Silvio Revelli, the CEO of Volta, I am amazed by the performance of the visual obstacle avoidance and detection systems.

Edge cutting is something that many robot lawnmowers do not do well. This leaves the homeowner having to manually attend to the lawn edges to prevent them from growing long and looking untidy. My own robot lawnmower leaves a 5-10cm strip of uncut grass beside flowerbeds, only cutting right to the edge beside paths.

The problem comes down to the “blind” navigation that traditional robot lawnmowers use. With a visual navigation system, the accuracy of edge cutting is greatly improved.

The Volta Mora has a precision edging mode which reduces the speed of the mower as it approaches the lawn edge, ensuring the grass is cut right to the edge of your lawn.

I’ll need to see this in action in more detail to see how effective it is in comparison to other robot lawnmowers, but I’ve been impressed by what I have seen so far.

Why Do No Existing Robot Lawnmowers Use Visual Navigation?

Most robot lawnmowers on the market today are not very smart machines. They navigate around your lawn using a very simple navigation algorithm and avoid obstacles and change direction when they detect the signal from the perimeter wire or from one of their collision detection sensors.

Visual navigation is a new and rapidly developing technology and is outside the area of expertise for most robot lawnmower companies. This technology is being developed at a rapid pace by technology companies for applications such as self-driving cars, facial recognition, and autonomous drones.

Volta is primarily a visual computing technologies company that is applying its technology to the problems that face the current generation of robot lawnmowers.

Volta looks to have a commanding lead in this area of robot lawnmower development and this is backed by multiple patents.

Will The Potential Be Realised?

Having spoken to the CEO of Volta, Silvio Revelli, I was impressed with the ambition and direction of the company. It is clear there is still quite a lot of work to do to bring a successful product to the market, and it is difficult to know how effective and reliable the Volta Mora is without real-world testing.

However, I look forward to following the progress of this robot lawnmower, which if it delivers as intended, will set a new standard for robot lawnmowers, and may lead to a huge change in the industry, leading to better products for consumers. 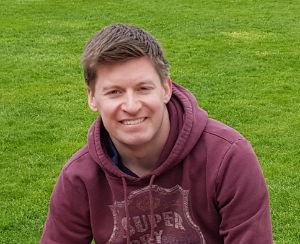 myrobotmower.com is the website where I share my experience of using robot lawn mowers and caring for my lawn. I’ve filled this website with handy guides and tips to help you get the best out of your robot mower, so you can enjoy a beautiful lawn all year round.